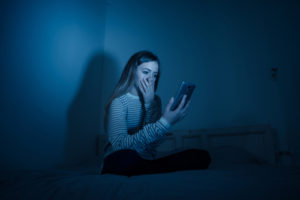 There are two words that can strike fear into any parent regardless of who they are or where they live.

Sure, it’s a great resource, but with access comes all of the hazards. Cyberbullying. Sexual Predators. Adult Content. Online Dares. If the thought of protecting your daughters from all of those dangers and the many others that are out there, it wouldn’t hurt to look for some help. Bark may be the answer for you.

Our oldest daughter is nine and has her own iPod Touch. There’s no web browser or phone abilities. She only uses it for apps, texting, and Facetime. But even with those limitations, there are still dangers lurking that I want to keep my eye on.

That’s why I was really excited to learn about Bark at the last Dad 2.0 Summit in San Antonio this year. Bark is an app that monitors your child’s texts, chats, and emails. Because, let’s face it, you don’t have time to go through all of the chatter on their phone and you don’t want to be so intrusive or invasive to their privacy. But, as a parent, you’d rather know if there’s a potential issue and that’s where Bark comes in handy. 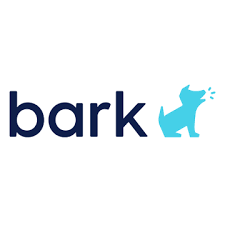 Bark is straightforward about what their app can and can’t do. While it scans your child’s accounts 24/7 and delivers alerts via text and email when it detects possible issues, they stress that nothing can replace active and engaged parenting. You can’t just install it and think you’ve done your job. They liken it to buying a helmet when you give your kid a bike. It’s a safety measure.

Just last year, Bark analyzed over 900 million messages across texts, email, social media, and school issued Google and Microsoft accounts of over 2.6 million children ages 8-17. What they found was astonishing.

36% of teens were involved with a self-harm/suicidal situation. 60% of tweens engaged in conversations about illegal drugs or alcohol. 72% of teens encountered nudity or content of a sexual nature. There were also eye-opening stats for violence, mental health, cyberbullying, and more. These are the types of situations you want to know about as a parent and you want to know about it right away.

Bark’s algorithm knows the difference between ‘this homework makes me wanna die” and “I’m thinking about suicide.” It also keeps up with the latest teen slang and acronyms so nothing gets through the cracks. And the data is SSL encrypted so your kid’s data is secure. It covers YouTube, TikTok, Snapchat, Facebook, Instagram, Twitter, Spotify, and many many more platforms. The cost is about $9 per month.

Want to learn more about Bark? Check them out here.