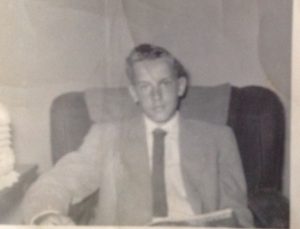 It’s around this time of year that being a father takes on a deeper meaning for me and it has nothing to do with the holidays. My father was born in November and each year on his birthday, I remember that another year has passed since he died in 2008. He was only 67 years old.

The thing I remember most is how little I knew about him.

I still recall his retirement party and asking him to recount each job he’d held since he started working. I finally wanted to know more about him as a person. I don’t know why it took me so long to take an active interest in his life – who he was as a young man, what his dreams had been and future dreams were, who his friends were and to hear tales about how he grew up. Those types of conversations were ones I’d never considered starting.

Of course, I knew what he had done for a living. I knew what his role in the household was. But I had no idea who he was. We’d never had the type of relationship, by no real fault of his, where those types of talks would happen naturally. He had tried a few times, when I was an unbearably rebellious pre-teen, to spend time with me golfing or fishing. It wasn’t easy for him.  I was the youngest of five, with siblings all within six years of age, and I’m sure his hands were pretty full.  I just wasn’t interested or was too preoccupied…and at that age I still hadn’t grasped how finite our time here really is.  And by the time I had matured enough and made the conscious decision to purposefully learn more about him as an individual, rather than just a Dad, he was gone.

That’s a regret I carry with me every day.

But it’s also a motivating factor on how I parent my daughters. I want to be known.

Being approachable is one of the five core traits we encourage fathers to implement in their daily parenting through Daddy Daughter Time’s D.A.D.U.P program. As fathers, we are the first men our daughters will know and see as an example of who to date/marry. The more my daughters know about me, the more yours know about you, the better. 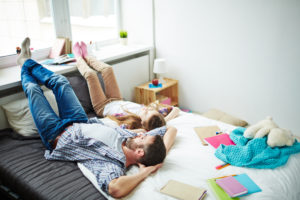 Nobody’s perfect and daughters knowing that about their fathers can be an incredibly positive thing. How do we deal with our faults, errors, and struggles? What are our goals? What is the code by which we live our lives and make our decisions? Those are the heavy hitters. On the lighter side…What were we like as kids? What do we find funny or do for fun?

The sad fact is that I can’t answer most of those questions about my father and I won’t ever get the chance. But I hope my girls never have to face that same fact. I plan to be as approachable as I can and let them know that while I’m their father first, I’m available as more than just their Dad. I’m a person and hopefully someone who they will want to know more about.

I encourage you to open up and share your memories, good and bad, with your daughters. Share your outlook on life, your goals for the future,  what makes you…you. Don’t only be known as a provider or a disciplinarian. Be known for the man you are.