G-Talk: The One About Bad Breath 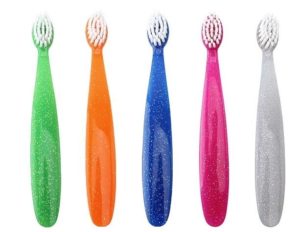 They say women are emotional creatures and I say they are right.

But I really like puzzles. So having a daughter is like having a speed pass to the best ride at EmotionalPuzzlerland.

Since I only have my one child, I have no frame of reference to know whether my daughter is more or less of an emotional roller coaster than a son would be. It doesn’t really matter. I love being the constant and steady one while she goes from one mood to the next at the flip of a switch.

They also say “wait until she’s a teenager” and they are probably right about that too.

But while she’s still just 3 years old, it’s fun to watch the range of emotions. A few days ago she was playing with her doll when she immediately went into a funk without a word. I asked her what was wrong?

This is what she said.

Here’s “the one about bad breath”…I apologize in advance for the gargling.

Like what you’re hearing/reading? I’ll cut you a deal. Subscribe on the front page and I’ll consider putting the batteries back into her Dora the Explorer toothbrush. She’s moved on to the manual brushes (Barbie, of course) but if she were to hear that sweet hum again, I’m sure Dora would get top billing once again. Plus you can LIKE us on Facebook or follow us on Twitter and Instagram too. Now, spit!