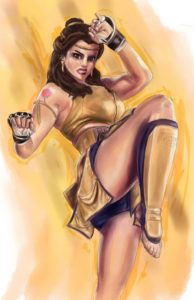 The big game is almost here. We don’t know which team you’re rooting for this year during the Super Bowl but if we could build a dream team consisting solely of Disney’s princesses, we’re pretty sure we could give any NFL team a run for their money.

Feel free to add any other player suggestions in the comments at the bottom.

Now huddle up. It’s time to “play like a girl.” Here are our starters.

Merida – Brave enough to stand up to the biggest of challenges and has pinpoint aim. Note: She would probably want to play in the NFC Central as she has experience in battling Bears.

Tiana – Frog-like leaping ability and sweet end zone dance moves. Jasmine – Hard to cover when she’s on that magic carpet. Aurora – She’ll lull you to sleep. By the time you wake up, she’s already scored. 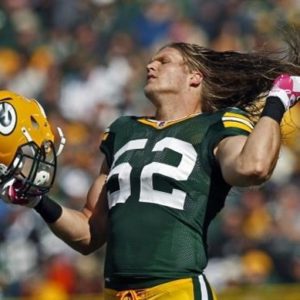 Rapunzel – She’s good at blocking (especially with that cast iron pan) and if her hair doesn’t catch the ball (not likely), her sidekick Pascal will snatch it with his tongue. Note: She’ll want to play for Green Bay so she can share hair tips with Clay Matthews.

Belle – She may look small, but nobody has read the playbook more than her. She knows the plays inside and out.

Moana – Quick. Fearless. Strong. She has the catlike ability to always land on her feet and knows how to carry the coconut.

Mulan at center. Anything boys can do, she can do better. And she’s got an army at her disposal.